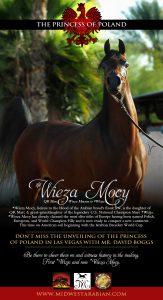 *Wieza Mocy, heiress to the blood of the Arabian breed’s finest few, is the daughter of QR Marc & great-granddaughter of the legendary U.S. National Champion Mare *Wizja. *Wieza Mocy has already claimed the most elite titles of Europe having been named Polish, European, and World Champion Filly and is now ready to conquer a new continent. This time on American soil beginning with the Arabian Breeders World Cup.

Don’t miss the unveiling of The Princess of Poland in Las Vegas with Mr. David Boggs.

Be there to cheer them on and witness history in the making. First *Wizja and now *Wieza Mocy. 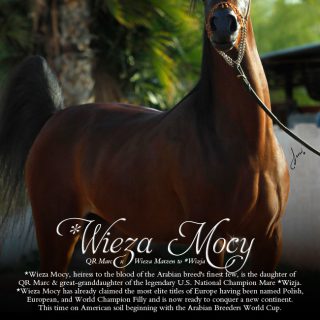